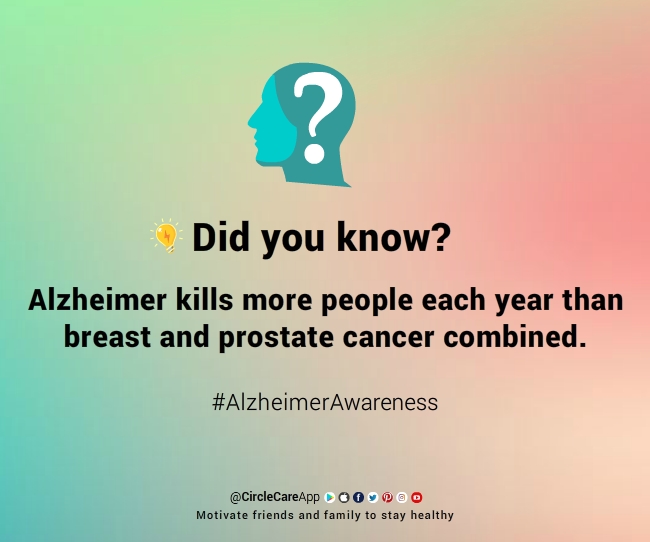 Alzheimer is one of the most common forms of dementia and is caused by the gradual destruction of brain cells.

A few more facts about Alzheimer:

What are the risk factors for Alzheimer’s?

Some of the risk factors of Alzheimer include high blood pressure, diabetes, smoking, obesity etc.

What are the symptoms of Alzheimer?

Memory loss that hampers daily activities may be a symptom of Alzheimer’s. Other symptoms include mood swing, language, and coordination problems, trouble driving and forgetting familiar routes.